skip to main | skip to sidebar

The photos of bags of garbage on this blog do not magically appear. I fill the garbage bag up in 15 min. to an hour and take the bag to be picked up by the city. Most garbage comes from little bits everywhere that add up to one large bag when collected into a group. Photos max size 1600 × 1200 pixels

I cleaned the shoreline behind the college Cégep Gérald-Godin, and picked up some metal in the street. 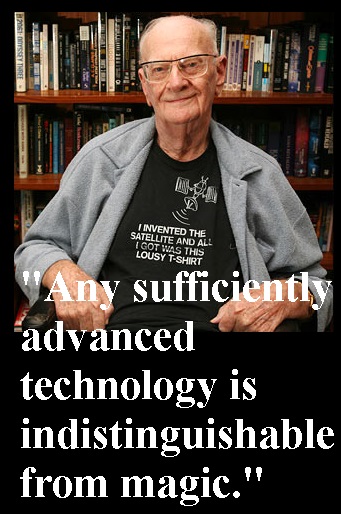 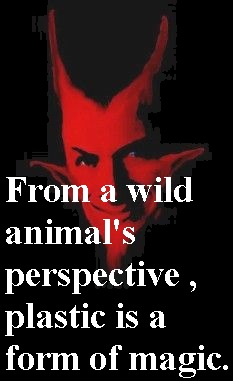 Angel rescue of an Owl caught in fishing line. 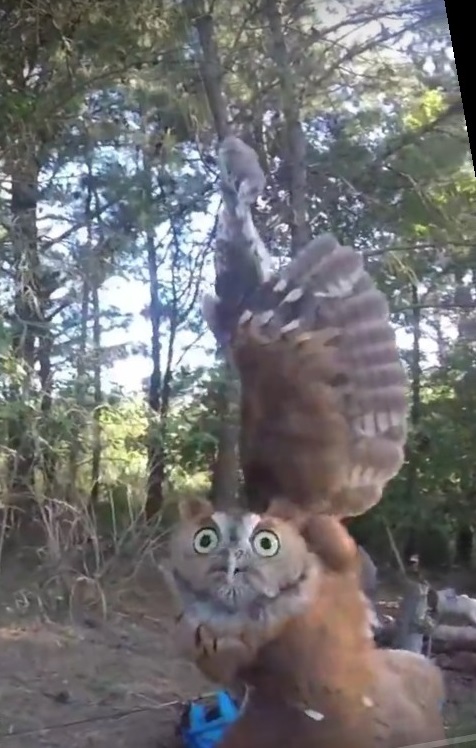 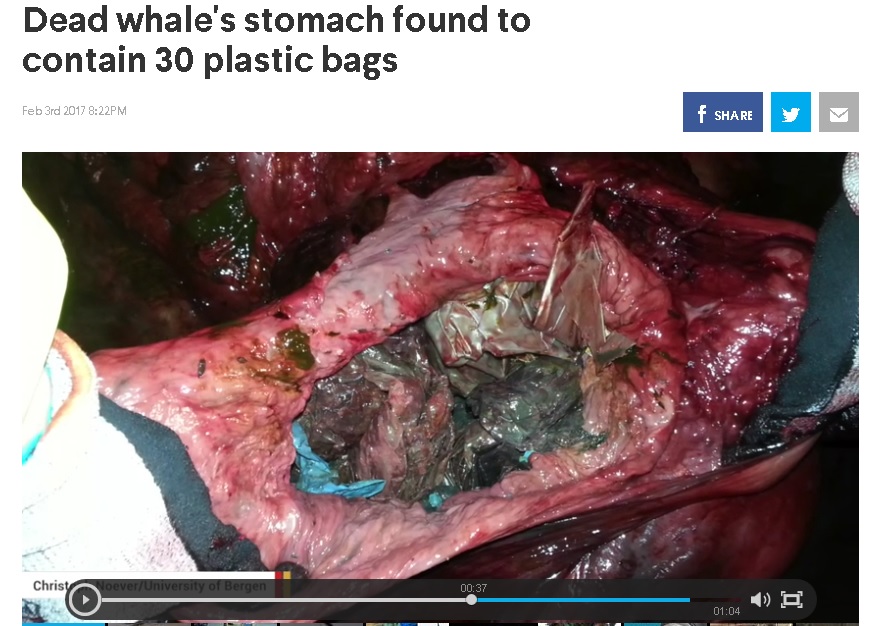 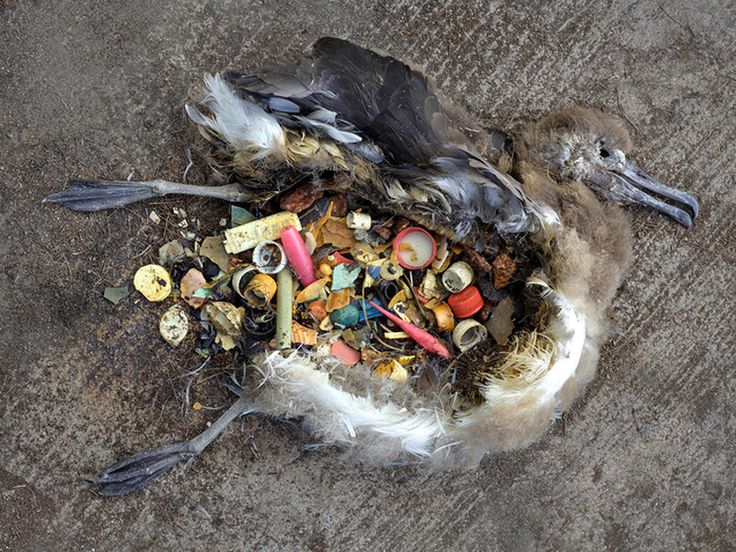 Chris Jordan photo's of birds that died from plastic.

Pollution you have to See, Smell and Hear...

Pollution you have to See.

When people are forced to

see or smell garbage (or hear noise) the event either makes them feel sad (depression) or angry.

The only way to get rid of the visible pollution [sight/see] is to touch it, to move the pollution to another place where no human lives, or to recycle , as in process the item into a consumer product once again.

Smell, the smelly things I know of in the city/suburb environment is dog feces, and vehicle exhaust.

Sound laws, people have to organize and fix — OSHA Occupational Safety and Health Association. Police have to ticket vehicles that are too noisy.

No profit in cleaning up pollution 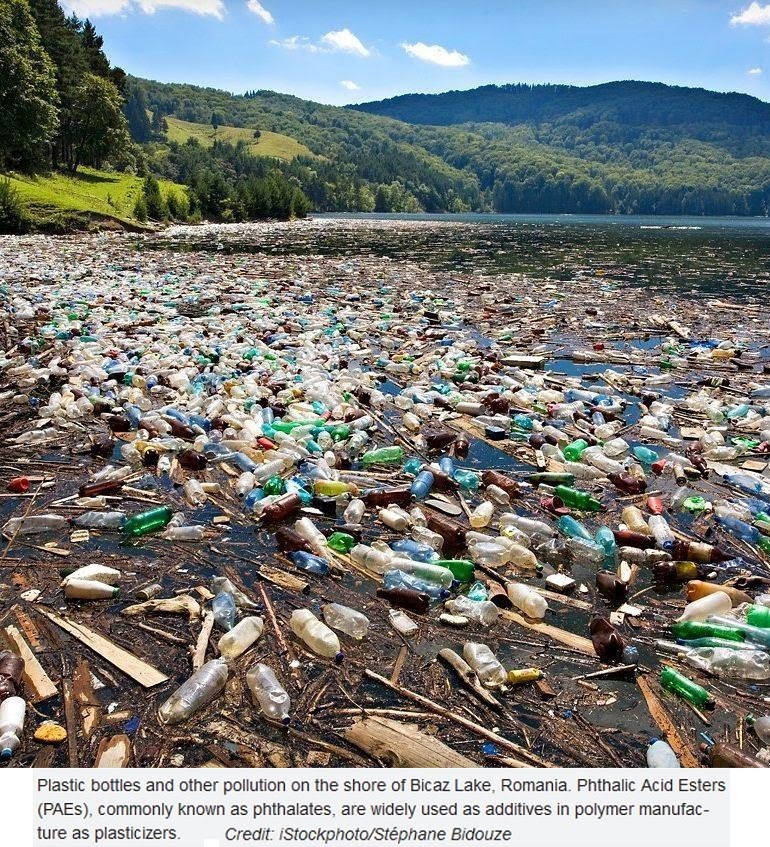 They don't use money in Heaven 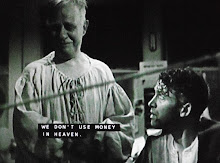 CLARENCE "We don't use money in Heaven."

The heart of the Machine is money. Pollution serves the Machine. People now have to PAY for clean water, clean land etc-era that once was free. How do you get money in order to get clean water (solar power pump), clean food, clean land? You work for the machine. Work like cutting down all the trees, fishing all the fish (cod and whale), destroying land/rivers to find metals such as gold, silver, copper, taking crude oil out of the earth and refining it.

If you get sick from the pollution, you have to pay for a doctor and for medicine. Which again serves the machine, because the only way to get money is to work for the machine.
To have a high paying skill such as a doctor, it takes years of work and money.

People who own land must pay their property taxes, so they must make their land profitable enough to pay them.

Only when there is no more money will "progress" end, but money is an illusion of man/mankind. A magic trick. No silver in a dime since 1968.

Why does garbage occur?

Already broken so who cares?

Don't curse, Pick it Up. Stop buying it.

Why does garbage occur?

Time flies when you are having fun. In heaven you don`t worry about your garbage, so I have to conclude most garbage is an accident. If someone is NOT having fun in the woods or on the river they would be more aware of the garbage they leave behind them.

The same goes for pollution. If people see garbage, they tend to not care if they add more, it is already polluted/broken.

This idea "already broken" is my "second rule" of the rules of garbage. The three rules are at the bottom center of the webpage.

"Can't some body else do it?" from The Simpsons.

There is a plumbing joke that goes " If your rate of evaporation (of water) is faster than your leak, then you don't have a plumbing problem."

The same goes for garbage. If you clean faster than the garbage is put down, then there isn't a garbage problem.

If the trees you cut down in the forest grow at the same amount you remove, then there isn't a problem.

If you (remove) fish at the same amount the fish are increasing, then there isn't a problem.

"It's not your problem!"

"The garbage, it's not your problem!", you say.
I'm making it my problem.

In the parks I clean, the wild animals do not deserve to walk on , or forage for food amongst garbage like broken glass.

The photos of bags of garbage , or buckets of garbage on this blog do not magically appear. I fill them up over an hour or two, and take it to be picked up by the city.

Why do I clean?
I clean for my health, as in exercise and because I love the land.
I used to say, "Look at this mess! Somebody should clean it up!".
So now I'm somebody.

People spend money for the opportunity to exercise in a Fitness Club/Gym, my cleaning costs me next to nothing and contributes to people enjoying Montreal's green spaces/parks.

How do I clean?
There are several methods I use.

Due to rule number one
There is always more garbage
a method MUST be used.
Methods
1) Bucket/Bag : Once your garbage container is filled, that is it for the day.

2) Time : With an alarm to tell you how much has passed, you work an hour for example.

3) Item of garbage: You chose one kind of garbage to pick up. For example you only pick up glass/broken glass, or you only pick up BLUE plastic over an area of land, or the shape of the man-made object such as plastic straws. Or round objects.

4) Area : You pick an area and clean it until it is visibly clean.(Worst choice because it is very difficult to estimate the time and if you need a bucket for sharp objects and the number of garbage bags needed. )

Special cleaning jobs like removing large items may require a crowbar to loosen garbage from earth and a handle attached, to pull/carry it to a city street. I occasionally use a sledgehammer to break concrete into smaller sizes, smaller sizes can be handled.

Where do I clean?
Only official public parks.
Private land should be cleaned by its owners. It's the commons"Kings Land" I defend-clean-repair.

​First priority goes to​
​ places that city employees will never go to clean, for example the shoreline and the woods.​

Second priority are places that are commonly used by the public. I expect people to complain to their city of excessive garbage.

__
Do you need a place to exercise/clean? (west island)
Locations almost guaranteed needing cleaning.
1)Parc-nature du Bois-de-Liesse. Trash blows into the West side of the woods . Click here.
2)Roxboro woods. South side. Dollard D. O. side. Click here
3)Shoreline at Park de la Promenade Lalande/Parc des Anciens-Combattants a very long and thin park along the Rivière des Prairies Click here.
4)Shoreline south of the farm at Cap St Jacques. Spring flooding brings in lots of trash.(on foot, you have to push into the treeline) Click here
5) End of road https://www.google.ca/maps/@45.4996335,-73.7726231,3a,65.4y,37.03h, 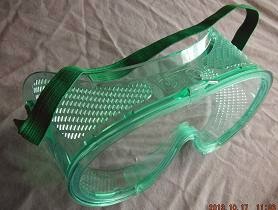 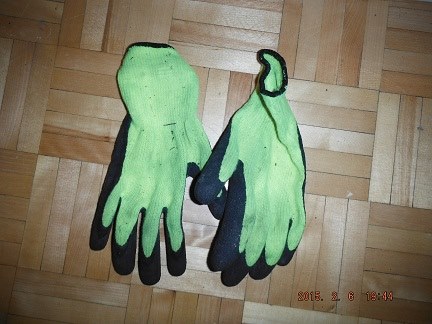 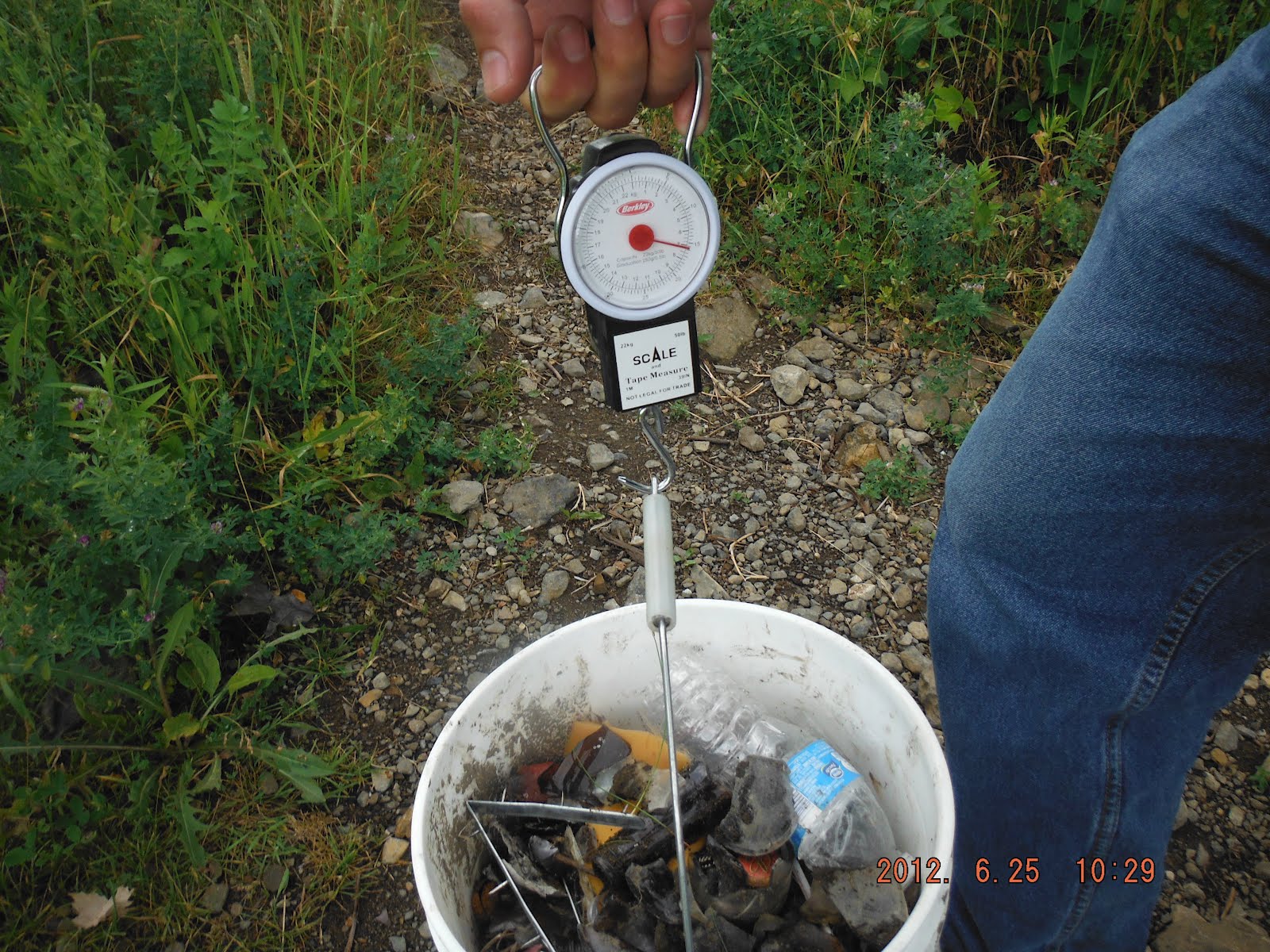 I use gloves to prevent cuts and eye protection in bush/trees . I use a hard plastic bucket for collecting sharp items such as glass and soft plastic bags for the rest.
Be Smart!
If removing a heavy object such as a group of bricks, use a wheeled cart such as a wheelbarrow . Carrying heavy objects should only be used as a last resort. If you hurt yourself and damage your back, you will be unable to continue to work and play.

Go on an adventure 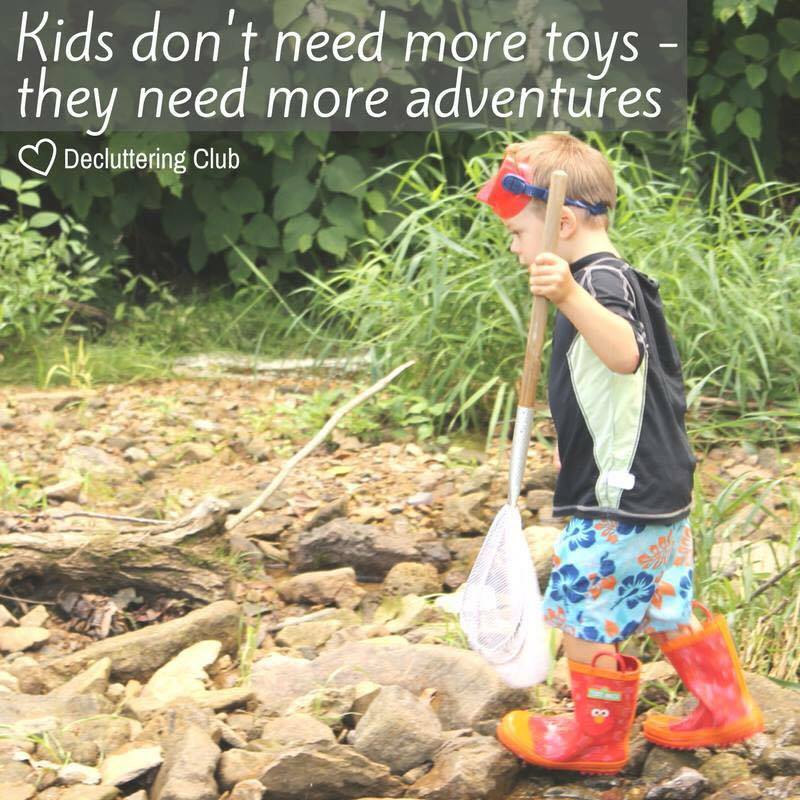 Go on an adventure

Trashopolis Montreal Season 2 Episode 8. Time length 44:13"Since its founding in 1642, Montreal has been partying hard and creating lots of Trash." writes the History Channel. At about 40 minutes Dr. Sébastien Sauvé says to the effect "25% of the population are on antidepressants or antipsychotics, it ends up in the water. The fish are being affected.

Montrealers Are Feeding Fish Prozac
ScienceDaily (Jan. 21, 2011) — Around one in four Montrealers take some kind of anti-depressant, and according to new research, the drugs are passing into the waterways and affecting fish. 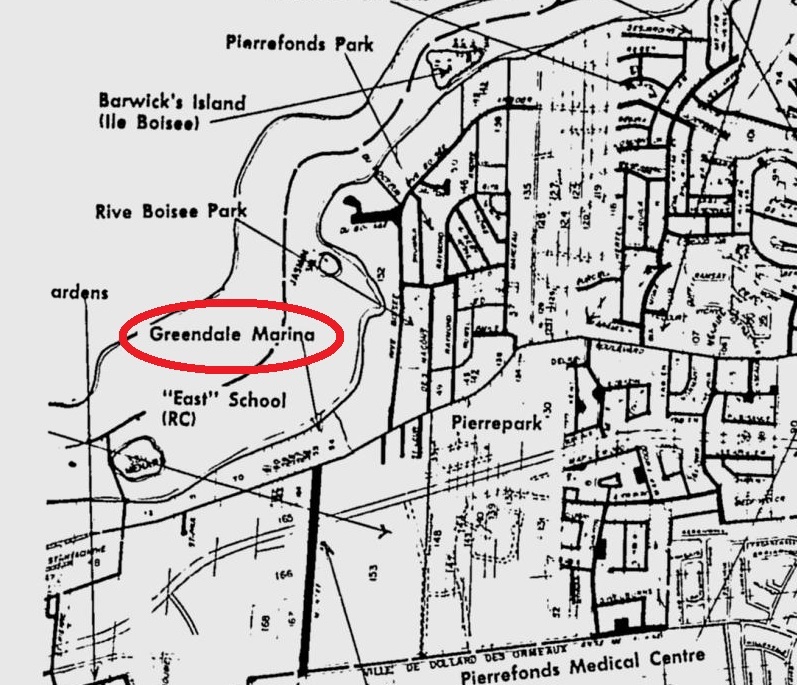 Greendale marina (gone because of sewage at Rive-Boisée.)

Rive Boisée: For more than 40 years, one of the most polluted sites on the Island. 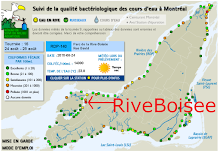 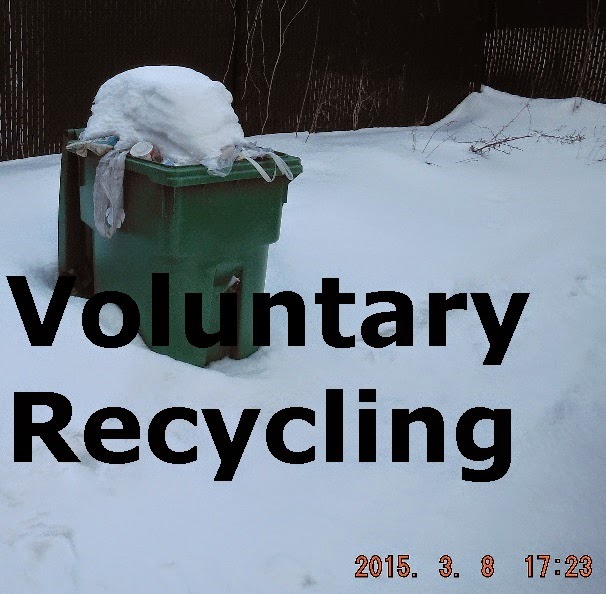 No financial incentive or punitive punishment if ignored.

People pollute the commons, because there are no consequences to their actions. The land, air, water is not theirs, so why should they care?

They don't think of the next person to come along after them, even if it is THEMSELVES when they pass by again.

"Fatherless Children" otherwise known as bastards, have no fear of being held accountable for their actions.

One ship pollutes the equivalent of 50 million cars

One ship pollutes the equivalent of 50 million cars

Maybe the polluter does know they will see it again, as is with graffiti, the maker doesn't want to be forgotten or un-noticed. It is a form of an animal marking HIS territory.

LOOK AT THAT! I was here!
The graffiti-garbage is visual kind of dog piss.

I think a person ( myself in the past) can feel angry at the ugly garbage, and in a display of anger, make more garbage.

The existing garbage is an excuse to contribute their own garbage, the land is already "dirty", my addition is not significant, so its okay and have a clear conscious.

Maybe it is a learned passive aggressive behaviour of a child. A parent does not want to separate from their child. The child needs to separate so in a passive aggressive attempt to get separation they mess the place up to anger their parent. As an adult they continue the behaviour and make displays of garbage and enjoy it, like a two year old child enjoys knocking things over.

Maybe people who pollute expect their adult parent of Allah/God to show up and clean up the mess they made. The wind , sun and rain do clean things a bit.

The excessive garbage produced worldwide by mankind is irresponsible. In the illegal drug world the supplier is blamed.
Conversely the scientist-environmentalist David Suzuki (who has five children:a hypocrite) likes to blame YOU the individual consumer for the pollution. He is the King, you are the peasant.
The manufacturers of the plastic garbage should be blamed as well as the consumer.
The people who are stupid and do not feel bad will continue to pollute, while those with intelligence who understand mankind's pollution is a problem are saddled with guilt/despair they don't deserve.

The end result of David Suzuki's propaganda (consumers fault) is that the cruel and selfish will prosper.

Robert Oppenheimer "I am become Death, the destroyer of worlds." 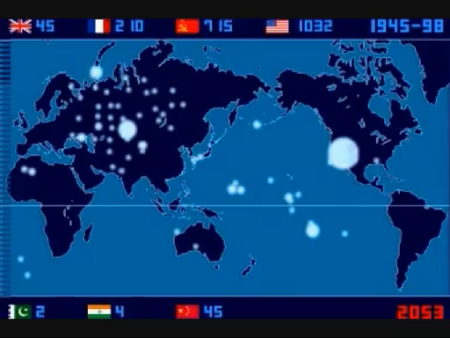 ...then to relieve themselves of the guilt and responsibility , (the scientists/wizards) blame the people for paying the lowest cost (that usually pollutes/exploits the free air/water), when the world runs on (capitalism) money and the individual will use the least expensive method.

The Government imposes and enforces taxes, people don't want to pay but they do, the same should happen to manage the pollution, the Government has to impose laws the individual does not like, but is necessary to keep the world ecosystem functioning.

Unfocused Anger at the garbage only makes more garbage. Solutions must be invented and enforced by the peoples government. Government is supposed to represent the people not the polluter ( industry that manufactures plastic). 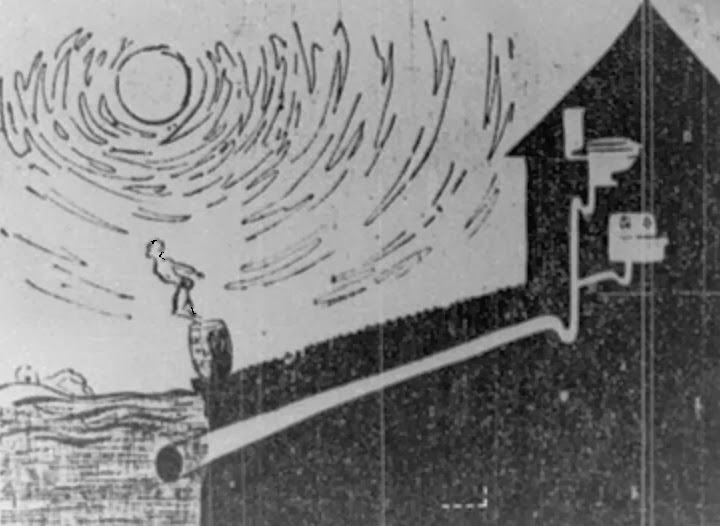 Don't swim where you sh*t 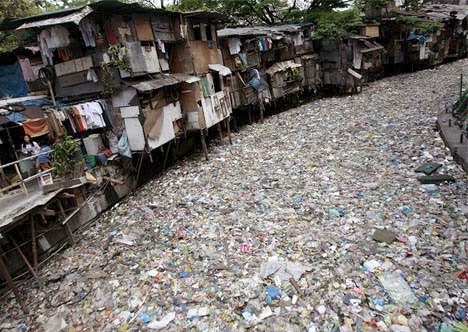 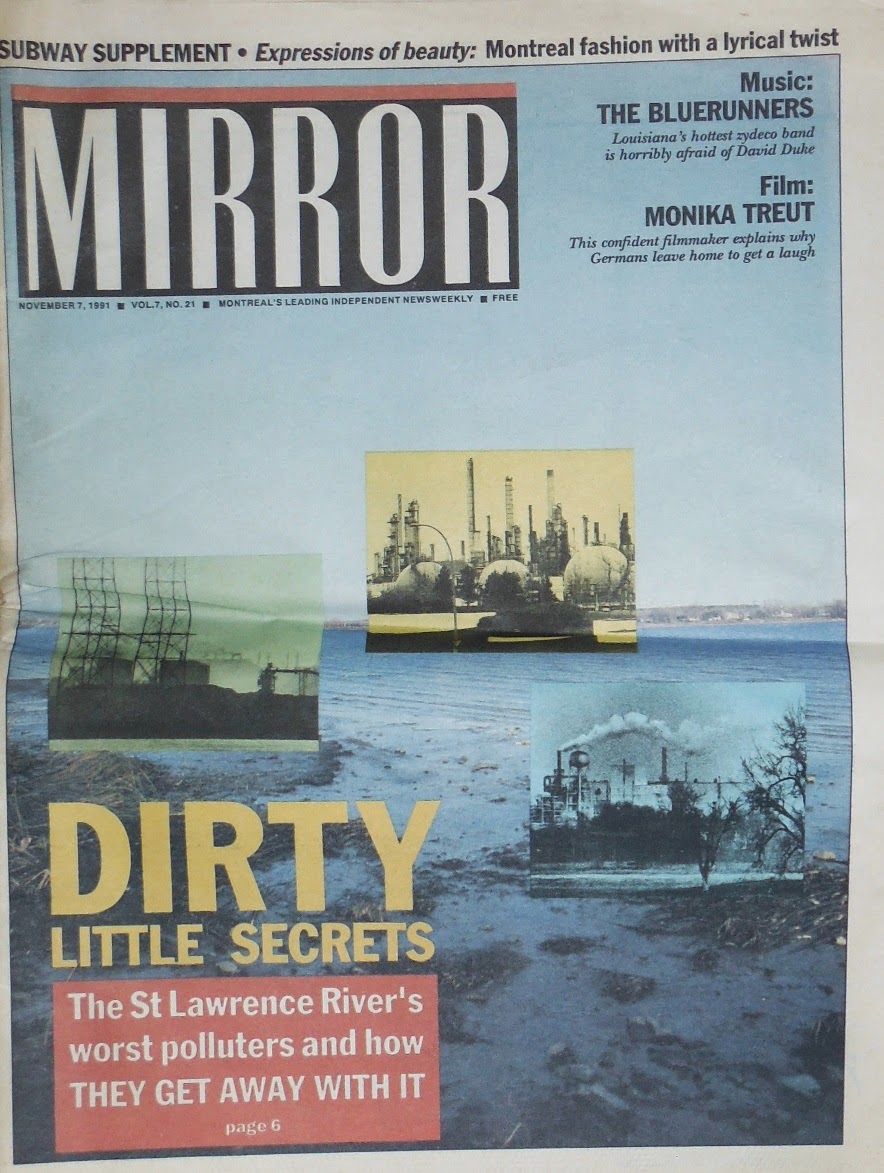